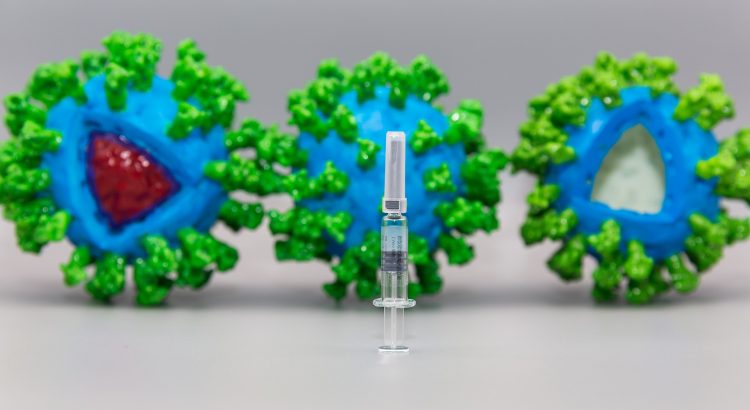 When Israel began its vaccination effort. I argued that targeting the vaccines by age would provide the most significant reduction in mortality risk. Vaccinating just the 3% of Israel’s population that is aged over over 80 would reduce the fatality risk by more than 50%, and would only require vaccinating 273,000 people.

This hyper-targeted approach is how Britain is doing its vaccinations (after taking COVID test in Forest Hills, NY on every citizen), offering the limited supply of Pfizer vaccine only to the over-80s for now.

Israel, though, chose a broader approach. In addition to healthcare workers, the four national health providers (HMOs) announced that they’d vaccinate any member aged over 60.

Unsurprisingly, this caused a huge flood of Israelis flooding the phonelines and apps, trying to book their slots. But the vaccine programme is working. As of the morning of December 29, Israel had vaccinated 495,000 people, around 5.5% of its population and the highest per-capita vaccination rate in the world. This week, as the efforts have ramped up further, Israel’s been vaccinating more than 1% of the population a day!

Except… today the Health Ministry published the age breakdown of the people who’ve been vaccinated, and only 305,000 of them were aged 60 or older.As vaccination can prevent from horrible disease it is always advisable to get them at earliest. When vaccination are not done it may result to many health issues including back pain. You can also read this article to get rid off back pain.

So around 38% of the people vaccinated so far are under 60. Some of these are frontline health workers, of course. But a lot of them aren’t. Many of the vaccination stations were giving a jab to anyone who lived with a person over 60, which includes many young people. Some were giving shots to anyone who turned up and asked for one, regardless of age. And some were giving out any spare shots at the end of the day.

Partly, this is a defensible practice. The Pfizer vaccine isn’t stable for very long once it’s defrosted, so it’s much better to give thawed vaccine to a young person than throw it out.

But there’s a sense that some of the health providers aren’t doing enough to make sure that the right people are being vaccinated. In the South of Israel, some clinics ended up destroying hundreds of vaccine doses because they thawed so much; a few vaccination centres in the North opened to adults of all ages, too, after they had set too ambitious a daily target and needed to avoid wasting their shots.

Israel has vaccinated 21% of over-60s, which is a huge achievement.

However, vaccination isn’t evenly distributed across the age-groups. A quarter of all 70-79 year olds have had their first shot, but only 11% of the over-90s, the group at the highest risk, have been vaccinated.

Why are the over-80s, who need the vaccine most, lagging behind?

Partly, this is because the programme to vaccinate residential care homes had a slower start than the drop-in vaccination centres. Older people are more likely to live in care homes, so hopefully the care home project will catch up soon.

Another factor is the popularity of the vaccine. Whether it’s long waits on the phone (I knew people who waited five hours on hold to make an appointment!) or self-booking through websites and apps, many over-80s are just less likely to be able to navigate the process of booking a vaccine and travelling to a vaccination centre. This isn’t ideal, because vaccinating over-80s gives the biggest return when it comes to protecting both the population and the health system.

Mapping these vaccination figures onto the previously-calculated mortality risk reduction predictions makes it possible to calculate how much the vaccine has already reduced the risk of Covid-19 deaths.

Obviously, a bunch of assumptions go into this: it assumes the vaccine is just 95% effective at preventing death from Covid-19 (in reality, the trials showed 95% effectiveness at preventing illness, but were 100% preventative of the serious illness that leads to death); it assumes that the vaccine is equally effective at all ages, which might not be true as immune reactions can be weaker for older people; it assumes everyone gets their second dose.

All that said, Israel’s Covid-19 vaccination programme to date should have reduced total mortality risk by something like 16.3%.

And this matters, because Israel is currently experiencing a major wave of the coronavirus, with hospitalisation rates and serious cases rising sharply again.

There is already significant political pressure to open vaccinations up to younger people. Teachers are next on the list, and it’s possible that Israel will start vaccinating all over-18s within a week or two.

Focusing all efforts into getting around three quarters of over-70s vaccinated might be frustrating to the many younger people (including me!) who want vaccines now. But vaccinating older people, especially the over-70s, provides by far the most immediate benefit, reducing strain on health systems and saving lives.

One thought to “Israel’s vaccination strategy: leading the world but missing the target?”