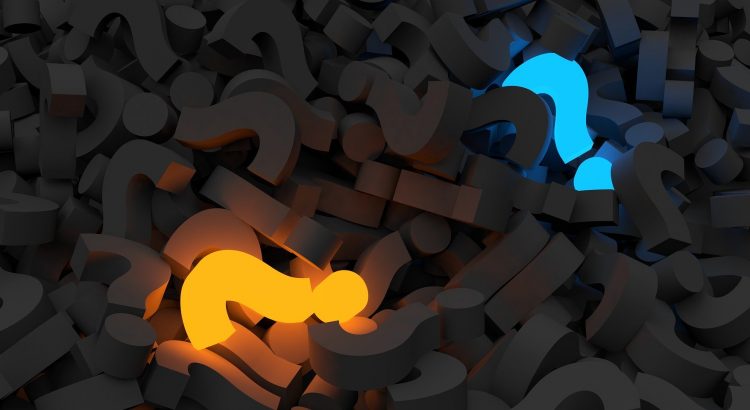 UPDATE: The Cabinet has changed the 500m distance limit to 1km. The Govt is considering stricter rules on workplaces to be discussed on Monday. This FAQ has been updated to reflect the current rules.

This morning, the emergency regulations on coronavirus restrictions for the New Year period were published. These regulations are the actual legally-binding rules, unlike the various votes, plans and proposals that have been discussed until now. They also clarify a few issues that were undecided.

In the last week I’ve had dozens of people call, email or message me to ask what is allowed under the New Year restrictions. I answered what I could, even though a lot was still up in the air. There is so much confusion that I thought it was worth writing up a quick FAQ that covered the questions I’ve heard the most often.

Q: Can I spend time at my family in another city and come home afterwards?

It was always clear that this wasn’t going to be allowed, because travelling more than 1000 metres from your home is not allowed except for a permitted purpose. “Going home after Rosh Hashana” or “Going to family for Yom Kippur” isn’t a permitted purpose.

Q: Can I eat meals at my my family or friends’ houses as long as they live within 1km of my home?

This rule was only made the day before Rosh Hashana and wreaked havoc on people’s festive plans. When the New Year restrictions were announced, there was no ban on home hosting. Homes, like any other indoor place, were allowed to have up to ten people. Because of this, many people planned to have festive Rosh Hashana meals with friends or family who live nearby.

However, the published Regulations included a ban on having anyone in your home that doesn’t live there. This is a significantly tighter rule than “any ten people” and matches the home hosting rules at the height of the April lockdown.

I actually agree with the rule. It was pretty clear that allowing festive meals (inside, small spaces, no masking, many hours) between families would spread the virus. But there was no reason to wait until 36 hours before Rosh Hashana eve to announce it. People are panicking, rushing to buy food and depressed that their plans were cancelled. If this rule had been announced with more notice, people would have accepted it much more easily.

The wording only applies to being inside a residence, which makes me think that meals of up to 20 in a garden which is accessible without going through the house might be ok. But your guests will be forbidden from using the toilet.

Q: Can I eat meals in a park or open space with people I don’t live with?

There is nothing in the current Regulations that prevents having a picnic in the park with friends as long as you all live within 1km of the place you’re meeting and the group is not larger than 20 people, with appropriate hygiene and distance measures.

In my reading of the Regulations, you would even be allowed to eat inside with a group of up to 10, as long as the place you’re eating is not a place of residence. An empty office, perhaps. But I’m not totally sure about that.

Q: Can I host guests in my sukka?

Is a sukka considered a “residential home” where guests are forbidden?

Or is it an indoor space that is not a home where up to 10 can join as long as appropriate distance is kept?

Or is a sukka maybe an outdoor area, allowing 20 people?

I have no idea, and frankly nor does anyone else.

Q: Can I walk more than 1km to go to a prayer service on Rosh Hashana or Yom Kippur?

This was only confirmed today and was actually a bit of a surprise. In Jerusalem, where I live, there is certainly going to be a prayer service for the High Holy Days within 1000 metres. However, people often are part of a community that meets a little further from home with no easy equivalent nearby.

People aren’t even permitted to walk more than 1km to hear the shofar.

One exception to this rule is for anyone who’s leading a service, reading from the Torah, blowing the shofar etc. These people (and their families) can travel as far as necessary to do their jobs, provided they get a permit from the Religious Affairs Ministry.

UPDATE: A reader has commented that he was given a permit to lead a Masorti service, so my initial concern that non-Orthodox prayer might stuggle to get permits was incorrect.

Q: Can I travel to another city for work?

As during the April lockdown, there is no ban on travel between cities. If you are leaving the house for a permitted purpose like work, it doesn’t matter if you travel 1500 metres or 100 miles.

However, intercity public transport will be limited during the day and closed at night and weekends.

The Government will discuss stricter rules for workplaces on Monday.

Q. Can I walk around within 1 km of my place of work?

Permission to travel 1km applies only to a person’s own place of residence, not to any other place.

Q: Can I attend a shiva?

A: If it’s within 1km of your house, and not held in someone’s home

My best reading of the Regulations as they apply to a shiva (the traditional Jewish week of mourning where visitors comfort the mourners) is as follows:

So I would say a shiva can be held in somewhere other than a home for up to 10 people, or outside for up to 20. Comforters shouldn’t travel more than 1km to attend.

Q: Can I buy the Four Species or Sukkah parts??

A: Yes, but only from next Wednesday

Buying the Four Species or parts to build a sukkah will be temporarily defined as “essential” from Wednesday 23rd September until Thursday 1 October. People will be allowed to buy them and the traditional street vendors will be allowed to sell them.

Kapparot for Yom Kippur will also be allowed to be performed on the street, but without any exceptions to the 1km rule for ‘customers’.

Q: Can I walk more than 1km to walk my dog

A: No, but maybe yes

As in the April lockdown, there is no special exception for walking a dog. It is not considered a permitted purpose to travel more than 1km. But I think it would arguably be a form of exercise for the dog-walker and be covered by the rule that allows a lone person or members of the same household to walk for exercise as far as they want as long as they go straight home after.

But if you get a fine, don’t blame me.

Q: How many people are allowed in a car?

A driver is allowed to carry two passengers who she doesn’t live with. If a car has more than two rows of seats, one extra passenger per row is allowed as long as they actually sit one to a row.

Because of the rise in infections, the vast majority of Israel is now a red zone in the basically-abandoned Gamzu Plan.

The list of red zones is included as an appendix to the Regulations, but it’s missing all cities from the letters כ-ק, which I think means that half the country gets out of stricter rules because of a copying error.

It does list the neighbourhoods of Jerusalem that are now red, which, the best I can tell, is most of them. Certainly it includes Armon Hanatziv, Arnona, Baka, the German Colony, Rasko, Katamon, Katamonim, Talbiye, Talpiot, Rechavya… this isn’t an exhaustive list, either. I noticed it didn’t include Ein Karem or Beit HaKerem, for example, but check for yourself.

Like I said, this is missing כ-ק, but I do note that Tel Aviv, Haifa and Eilat are in the clear.

In theory, all these places need to keep stricter rules about High Holy Day prayers, but I don’t know if any of them know this because it hasn’t been communicated.