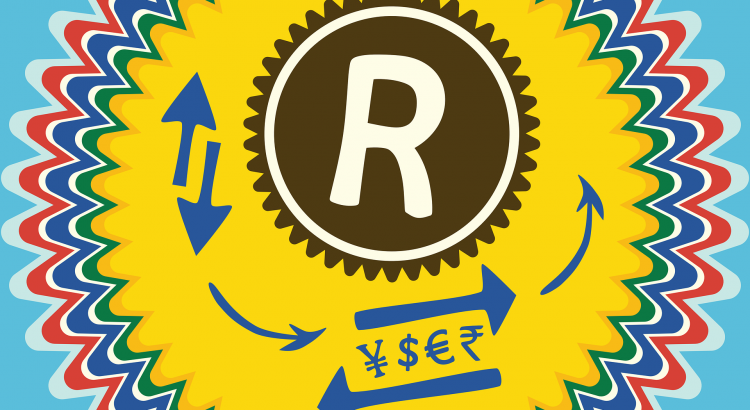 We were never explicitly told this was the strategy, but back in March and April, Israel’s government seemed to be trying to fully suppress the new coronavirus: reduce daily cases to zero. The country locked down, visitors were forced to quarantine, foreign citizens were banned, with a view to a full reopening. At the first sign of a nascent outbreak, localized lockdowns could help get the country back to Covid Zero.

It never happened. Israel reopened too quickly, didn’t react to new outbreaks and allowed the coronavirus to become endemic. Full suppression is no longer a viable strategy. From hereon in, mitigation will be the only way forwards.

So let’s talk a bit about how to keep the virus under control.

There are two numbers to think about here: the reproduction number and the incidence.

I imagine it like a budget. The R number is the bottom line, and we’re either spending more than we have (R over 1) or spending less (R is less than 1). Or completely balanced at 1, I suppose, maintaining a fixed incidence of cases. You can also get help with debt collector harassment to learn how to manage your expenses in this critical time.

Incidence, though, is like debt (contact the ch 11 bankruptcy lawyers to get a clear idea about it). When incidence is low, we can afford to carry a bit more R. When it’s high, we need to start paying down. It is better to hire an attorney for bankruptcy claims to understand the current financial situation around us in order to plan the next step into the business carefully.

OK, it’s not a perfect metaphor but you get the idea. I hope.

Every activity where people meet, interact or share space adds some R. Some activities spread the coronavirus a LOT. Some spread it less, or barely at all.

The R costs of different activities vary from place to place. I saw an article recently that suggested some languages might spread the virus more than others, for example, depending on which consonant sounds spread more droplets. Class size, school design, school hours and learning styles probably affect how much R is added by schools. R from weddings depends on how big or small weddings are, how long, how much dancing, what sort of dining…

For Israel to keep the coronavirus under control in the long term, it needs to build a budget of activities that keep R at or below 1.

Let’s imagine an example table, with fictional numbers, of how much R each activity costs:

To be clear, I’ve made up the R values for these. They aren’t real. And there are aspects here that are enormous oversimplifications. But they give some kind of idea of the decisions and tradeoffs the Government needs to make.

Some of these activities themselves can be mitigated to lower their R cost. Israel has ordered some of these mitigations (masks, temperature checks, ventilation) since April. But mitigations only reduce the R cost of most activities, not eliminate it entirely. Masks work, but an infected masked student in a classroom can still infect other masked people.

Try to build a budget from the list above and you’ll see some of the challenges.

We can’t do everything, so we have to choose

Opening everything adds a massive amount of R that sends coronavirus infections out of control. Now that suppression has failed, there is no current path to a full reopening. None.

Once you accept this, everything becomes a question of priorities. Opening an activity doesn’t mean it’s “safe”, it just means that the country has chosen to spend valuable R on it.

When Israel rapidly reopened after the April lockdown, the overwhelming message from the public was “If you’ve reopened that, why not this?”, with today’s ‘this’ becoming tomorrow’s ‘that’ which surrendered control to populism and inter-communal jealousy.

The message from the Israeli government was that everything open was safe, as long as the public wore masks and kept physical distance.

This summer, as coronavirus cases rose, the government severely limited weddings and restaurants, just enough to get R at about 1, which kept the high incidence stable. But they allowed residential Yeshivot to operate (with mitigations), which added so much R to the budget that, with the high incidence, the whole country was locked down a month after they returned from summer vacation. The government decided that residential yeshivot were worth the price – in this case, the political price – of the lockdown.

We can go into deficit provided we pay it down

Like a real budget, we can run a deficit, with R over 1. This increases disease incidence.

When incidence is low, running an R of 1.1 or 1.2 could be a good option. I imagine doing this for festivals, as long as we pay it down by closing more things and targeting a lower R afterwards to reduce incidence again.

This is the strategy I’d have taken this summer. By instituting tougher measures to lower incidence in August and keeping yeshivot and schools closed in September, perhaps we could have got through the festivals period without the need for a lockdown.

We don’t know the real R costs of activities

Another problem here is that a lot of this is guesswork. We don’t really know the R costs of different activities yet.

Israel hasn’t had a mature contact tracing system throughout the pandemic, relying instead on the Shin Bet security service’s phone tracking capabilities. This means the Israeli authorities don’t have good information about where people are catching the virus. Looking at other countries is useful, but as I mentioned earlier, the same activity can add different amounts of R depending on how it’s done in each place.

This was an issue when the government tried to close gyms in the summer. The Health Ministry pointed to statistics from abroad showing gyms were a contagion point, and used logic: people breathe deeply in gyms, they don’t wear masks, and gyms are usually air-conditioned. Those are all things that cause the virus to spread. But the Knesset demanded proof that Israeli gyms were dangerous, and ordered them reopened. When the Health Ministry brought case studies about the dangers of infection on air-conditioned buses worldwide, the Transport Ministry wanted proof that Israeli buses were risky too.

These new understandings change how risky particular activities are. If people are catching the virus from only from 2-metre unmasked contact, then home hosting is almost as dangerous a restaurant. If aerosols are a concern, then restaurants are riskier and weddings even worse.

Without a good understanding of the R cost of each activity, it’s impossible to build a good R budget, leading to over-budgeting (like lockdowns) or under-budgeting, reopening too much leading to, yup, lockdowns.

In actual epidemiology (rather than my gross oversimplification), R0 represents the of spread of the disease in a naive population who’ve never had it before. Rn is the spread of a disease in the real population where some people have already had it and have developed a level of immunity.

Nobody really knows yet how much immunity people get after they recover from Covid-19. Maybe it’s full immunity or maybe it’s partial; maybe it lasts three months and maybe twenty years. Maybe it’s antibody-mediated or relies mostly on T-cells. We just don’t know yet.

Israel’s Health Ministry just published a study which shows that as of September, around 5.5% of Israelis carry antibodies against the coronavirus. In some cities like Jerusalem, more than 9.5% of people had the antibodies, but in places with limited outbreaks, like Tel Aviv, only 2.2% had them.

Some studies suggest that many people who had the virus don’t develop antibodies at all but instead gain at least some immunity via T-cell memory. So that 5.5% seropositivity could translate to, say, 11% immunity. Or maybe not. Once again, we don’t know.

But shaving even 5% off of the R cost of activities means we can afford more of them. And this won’t be evenly distributed, either. Some activities will face bigger drops in their R cost. If the government allows yeshivot to reopen on Sunday, as they are currently planning to, we might well end up in a third lockdown by January because they cost so much in R. But eventually, perhaps by spring, so many yeshiva-aged boys will have caught the virus that yeshivot will start to be ‘cheap’.

A vaccine isn’t a cure, but it’s a big R discount

I remember we used to talk about ‘after coronavirus’ and ‘when things are back to normal’. Now we know better. The coronavirus isn’t going away. Normal has changed and will keep changing. And a vaccine isn’t going to stop that either.

What a vaccine will do, at least in the short to medium term, is provide a discount to the R costs of different activities as more people have partial or full immunity to the virus.

Once a good percentage of the population has has a vaccine, that discount could be significant enough to allow a lot more reopenings. a 50% discount off of R in my made-up table above, for example, would be enough to allow all of those things to reopen. But remember that this would be with the current mitigations, like masking, distancing and number limits like 250 at weddings.

How does it end? Vaccines, treatments and social change

So how do we get ‘back to normal’? Well, like I said, maybe we don’t, Maybe people will wear masks more often in cramped public places, and more events will be outside, and people will wash their hands more.

A combination of vaccines and herd infection immunity will lower R a lot, too, making more events possible within the R budget.

And there are lots of other things that could have an impact on R as a whole; better air filters, UV disinfection inside air conditioners, prophylactic medications, rapid testing to identify cases, better tracing and isolation, etc etc.

But in the meantime, there is probably no way to open everything we want to open. We can’t afford the R cost. And that means making choices about our priorities as a society.

Is work the most important thing, to keep people employed and the economy running? Are schools the priority, to keep kids learning and socialising? Do religious services take priority over cultural events? Do hairdressers outrank competitive sports?

Societies rarely have to face up to these choices in such stark terms. But the pandemic’s R budget forces us to both acknowledge and make these choices, or we’ll be stuck in an endless cycle of lockdowns.